In general, since the museum is electronic and not housed in a building, I cannot take large items from these stores.  I would accept paper material (employee handbooks, advertising, newsletters) and scans of photographs, etc. should you have something to donate. Leave a message on this page.

NEWS
"BELLA" (2010-2021)
In the four books I authored up to today, I often mentioned our cat, Bella, who became my close companion while writing.  Not having ever had a cat before, I was not predisposed to even let her into my heart, but, as is so often the case, she didn't take long to win me over.  She was a lovable, but wayward pet, often setting things straight with me with an unexpected bite or a hiss or two when I stepped out of line.  She, however, became a very close companion - sleeping in bed with us (and taking my place when I would get up for a snack or other reasons).  She absolutely understood that I was in control of the feline treats in the powder room cupboard, and we ultimately developed a daily, albeit cat-centered daily schedule that was clearly to her liking.  Whenever I sought relaxation by reading or watching a movie, if she wasn't seeking out my wife Carole's affection, she came and sat near me - but often, as was her wont - exactly an arms length away. 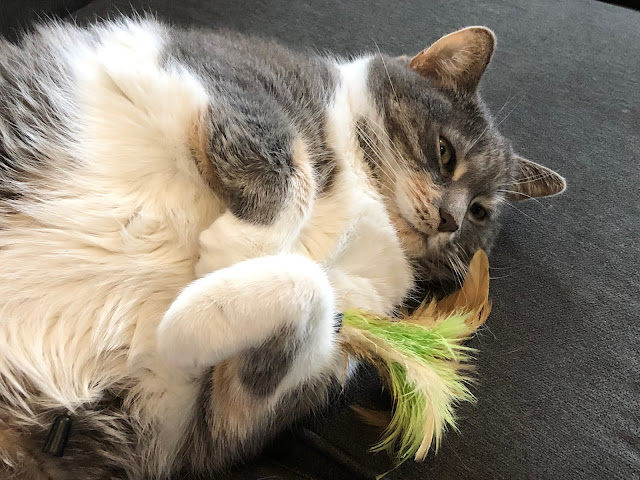 I am very sad to report that we lost Bella on Saturday, September 4th, after a long illness that just wouldn't be cured.  We really miss her, her crazy habits, wild activities, and especially the racket she made every night, after snarfing up her night-time treats, to drag her beloved feather up the stairs as some kind of nocturnal treat for us.
For those that read the comments I made about her in my bio, I thought you might like to know about our loss.
August 25, 2020
In December of 2019, I accepted a position as Chief Architect with Contour Companies
of Bloomfield Hills, Michigan.  Little did I know, that within a few months, I would be asked to design  concepts for the redevelopment of Northland, Victor Gruen's iconic 1954 shopping center built for the J. L. Hudson Company (It closed in 2015).
UPDATE:  As of October 15, 2020, the project has cleared major financial and planning hurdles.  It is beginning to look more and more like iconic Northland has a future in something near its original form!
Clicking the image below will take you to a video on YouTube that my staff helped prepare for a recent City Council meeting.  Our concept is to strip the 1954 buildings of their later additions, and do, essentially, a historic restoration on the once-famous shopping center.  The one-story mall buildings will be converted to loft apartments, and the colossal Hudson Store will be re-purposed into a food/home furnishings/entertainment complex inspired by Atlanta's popular Ponce City Market.  Northland's former parking lots will be replaced by a community of 5-story apartment buildings with ground-floor retail and rooftop amenities.  A parking garage will be located in the former service and retail areas under the shopping center, whose mall areas and courtyards would be restored to their original appearance to accommodate modern life.  A new, decorative retention pond and park will replace one of the parking lots. 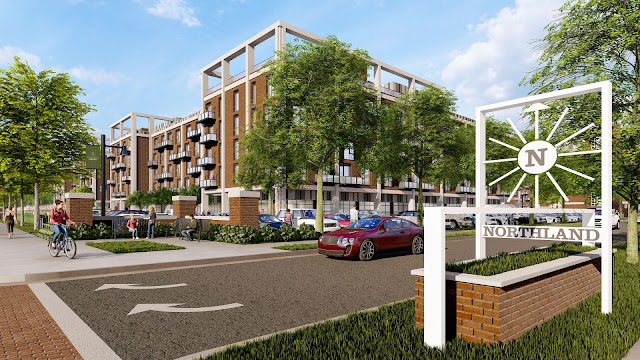 THE MULTI-USE BUILDINGS AT NORTHLAND ARE DESIGNED IN THE STYlE OF THE ORIGINAL SHOPPING CENTER, WHICH ITSELF WILL BE RETURNED TO THE FORM IT TOOK IN 1954, WITH NEW USES INSIDE THAT SHOULD MAKE THE SHOPPING CENTER A DESTINATION THROUGHTOUT THE SOUTHEAT MICHIGAN REGION. 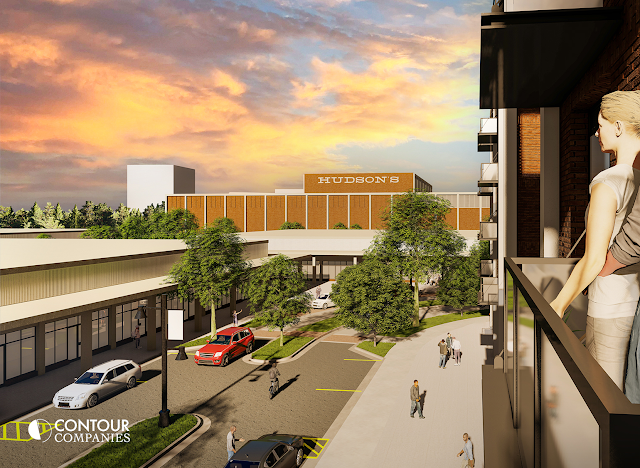 THE THEME WE HAVE DEVELOPED FOR THE PROJECT IS:
"NOW ANd THEN: THE CENTER OF TOMORROW."

Selective demolition and construction has already started.  We are particularly happy that our proposal was selected after others that sought to demolish the historic building, and replace it with warehouses, a distribution center, a strip mall, or, of all things, a marijuana growth and distribution facility.
NEW!
Updated Exhibits with New Images & History Essays 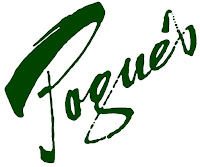 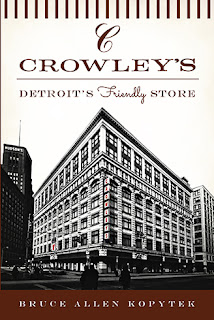 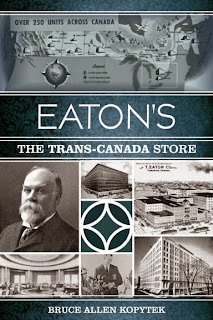 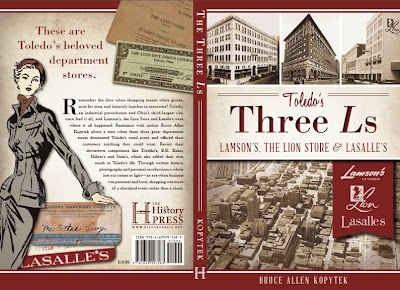 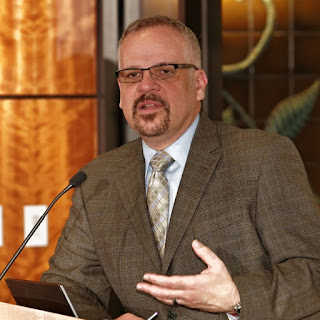 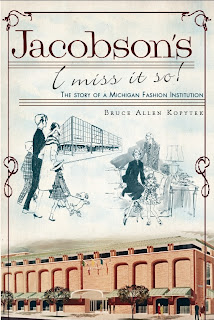 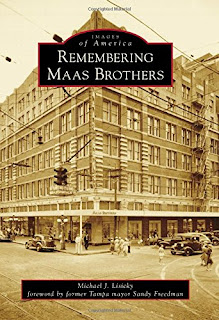 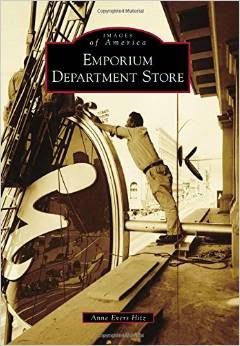 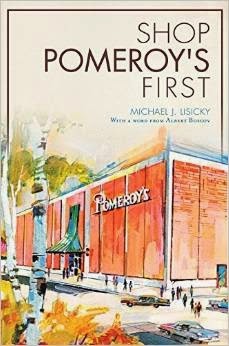 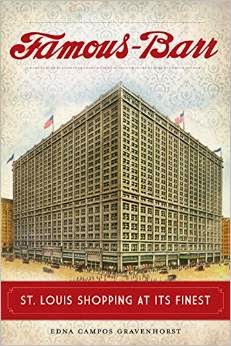 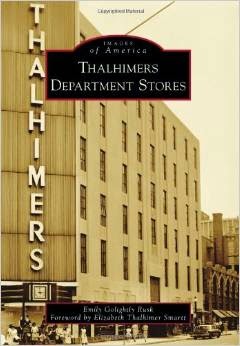 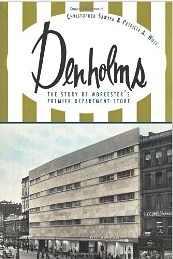 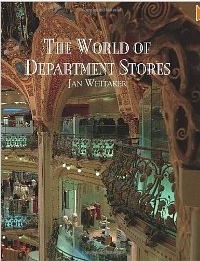 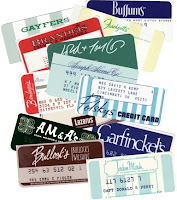 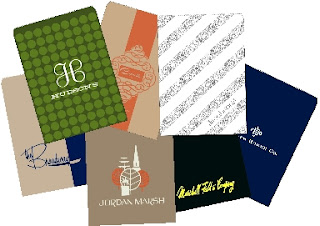 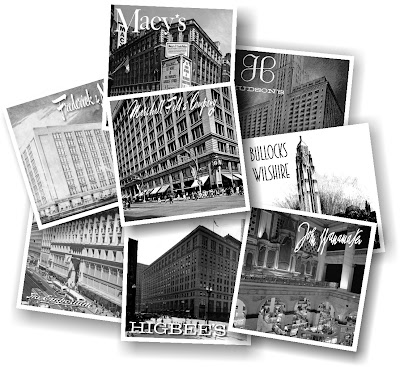