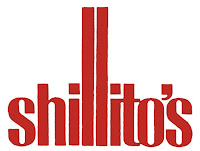 John Shillito (1808-1879), known as "The Pioneer Mechant," came to Cincinnati in 1817 from his native Greensburg, Pennsylvania. Though only nine years old at the time, he almost immediately took a job with local merchants Blatchley & Simpson, where he worked until 1830. In that year, he left his employer and formed a partnership with William McLughlin. The dry goods business of Shillito & McLaughlin lasted about a year or so until Mr. McLughlin left and a new partnership was formed by Shillito and Messrs. Robert W. Burnett and James Pullen.

Shillito, Burnett & Pullen's business was such that a larger premises on the other side of Main Street between Fourth and Fifth streets was secured in 1833, but even this location was superseded when Shillito bought out his partners in 1837, and renaming the business John Shillito & Company. At this time the store moved to larger quarters on the north side of Fourth Street. Shillito's business was based on the slogan "Truth Always - Facts Only" and his reputation as not just an honest businessman but a dedicated Cincinnati citizen became widely known. In 1842, he gained sole ownership of the store, which dealt in the wholesale and retail trade.

Twenty years after the move to Fourth Street, in 1857, Shillito acquired property on the opposite side the street and erected a grand retail palace that his store occupied for a further 21 years. Competitor McAlpin's eventually took over the 5-story building after Shillito's vacated it.

By 1877, even the large Fourth Street store had outgrown the needs of the business and the city it served. Shillito acuired a site three blocks to the north, on the west side of Race street between Seventh Street George (Later Shillito Place) streets. Consequently Shillito erected a 6-story red brick Chicago-style commercial building that the Cincinnati Enquirer referred to as a "grand architectural pile" and featured a soaring octagonal light well capped by a dome with gothic details. The store required a staff of 1000 to operate.

John Shillito died suddenly at the age of 71 shortly after opening the new store. The man eulogized as "enterprising merchant, faithful friend, and honest man" left his business in the hands of his sons Walter, John, Jr., Stewart and Gordon, who had the business incorporated in 1882, and changed its formal name to The John Shillito Company. Stewart Shillito bought his brothers' share of the business by 1899, and discontinued its wholesale operation in 1913 so that the store could focus on the retail trade.

Bad times hit Shillito's in the 1920s, when a crash in the price of fabrics left the store overstocked with high-priced goods. In the ensuing years, the store's volume dropped such that its position among Cincinnati's major department stores fell from first to fourth place, and it was rumoured in Cincinnati that the business would not live to see its hundredth anniversary.

The Lazarus brothers of Columbus, Ohio, operated an extremely successful department store in Ohio's capitol city. Their mother hailed from Cincinnati, so they were intimately familiar with the city. By 1928, Shillito's store was described as "a terribly maintained building full of low-quality goods," and Stewart Shillito was able to negotiate a sale of the business to the Lazarus family. John Shillito, Jr., who had been running Shillito's at the time, immediately retired form the business and the Lazarus brothers embarked upon a major program of cleaning, expansion, and improvement.

Accordingly, the "new" Shillito's opened on November 11th, 1928, stocked with new merchandise and soon offering new features like a tea room and a "French Room" for ladies' designer apparel. For the actual grand opening gale, Shillito's provided seven orchestras (one playing on each floor of the store) and events that presaged the success that the revitalized business would find in CIncinnati in the years to come.

In fact, Shillito's prospered during the depression years, and found itself again with a shortage of space in its 58-year old store. A major program of expansion culminated in 1937 with the unveiling of an enlarged "Greater Shillito's" with a modern Bedford limestone façade and seven-store addition extending as far west as Elm Street. A part of this new building was used for an innovation at the time: an indoor parking garage accommodating 250 cars.

After World War II, Shillito's built a new garage across Elm Street, kitty-corner from the store. The former garage space in the main building was converted to retail space, and the main floor of the garage itself, referred to as the "garage store" housed more sales space as Shillito's grew. in 1956 the garage was expanded and the top floor housed the offices of Shillito's parent company, Federated Department Stores, Inc.

To compete with this behemoth, Cincinnati's other department stores led in the race to open suburban branches while Shillito's remained a one-store operation. That all changed in 1960 when Shillito's opened its large, full-line store in the Tri-County Mall north of Cincinnati. When the city was ringed with branches opened in the years 1960-1969, the store expanded in to Kentucky by opening two stores in Louisville, one in Lexington, and a further branch in the Kentucky communities south of Cincinnati.

Federated deaprtment stores was involved in the Campeau debacle, and after recovering, went all out on a program of consolidation that eliminated many famous department store names across the country. First, Shillito's took over neigboring Dayton, Ohio's long-standing Rike-Kumler Co., clumsily renaming all stores Shillito-Rikes, and later combined with its one-time savior Lazarus, dropping the Shillito name altogether. Eventually, the remaining stores were known as Lazarus-Macy's until the Macy brand name was selected to adorn all of the stores owned by the former Federated organization.

The John Shillito Comany's Seventh and Race Street store was converted to apartments, and perhaps the only silver lining in the dedcline and fall of this famous name is that the ocatagonal atrium, closed up since early in the twentieth centurey, was restored to it's nineteenth century glory in the famous building's changeover to residential use.